A broken seal can mean that your refrigeration equipment is using as much as three times more energy, which will be reflected in your energy bills.

Damaged door seals let cool air escape from your fridge or freezer, meaning you will be using more power to keep the stock you have at a low temperature, and when you consider that the energy used in catering facilities typically accounts for 4-6 percent of operating costs, your bills could end up significantly higher.

Seals generally erode because they’ve reached the end of their lifespan, which typically speaking, is between 6-18 months. Telling signs that they need to be replaced include your fridge not staying as cold as it used to and food is spoiling faster or the door pops open repeatedly, which is usually due to a weakened seal that can no longer remain suctioned closed as it should.

One way to test your refrigeration door seal is to close a piece of paper in the door and see if you can pull it out with little resistance (the seal should create a firm resistance). If the test identifies a problem, you should consider replacing the door seal. 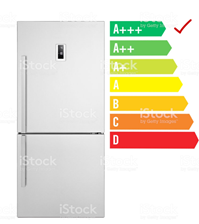